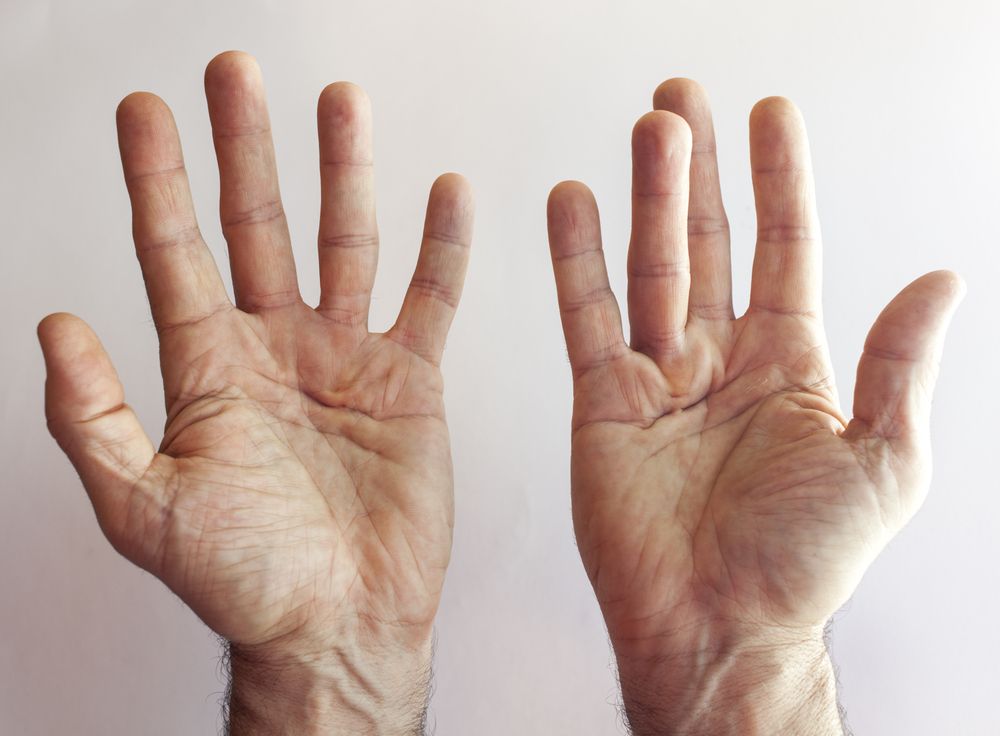 Orthopedic hand surgeon Keith Raskin, MD, offers Needle Aponeurotomy for patients suffering from Dupuytren’s disease in NYC. If one or more of your fingers curve inwards towards your palm, and you find it virtually impossible to straighten it out, then you could be one of the estimated 5% of the population that suffers from a hand condition known as Dupuytren’s disease.

This hand condition is often relatively manageable in the early days, but over time, many patients find that they are unable to straighten and effectively use their affected fingers at all, severely compromising their ability to enjoy life to its fullest extent.

While there is currently no cure for Dupuytren’s disease, there are some therapies that can improve the symptoms of the condition and help restore mobility to the fingers. Needle Aponeurotomy is a highly effective minimally invasive hand treatment that is offered by a small number of surgeons in the United States.

What is Dupuytren’s disease?

Dupuytren’s disease is also sometimes referred to as “Viking disease,” since it is believed that it was first recorded thousands of years ago in Scandinavian populations, also known as Vikings.

The condition is characterized by fingers that curve inwards towards the palm, and are unable to be straightened out, so they can be placed flush to a flat surface. Anything from a single digit to all four fingers, and even the thumb, may show symptoms of the condition. However, the ring and little finger are the most common digits affected.

Dupuytren’s disease is caused when the connective tissue in the palm thickens, causing nodules, or small, hard lumps under the skin of the palm. Over time, these nodules extend, forming thickened tissue, which contracts and pulls the fingers or thumb inwards towards the palm.

The exact reason why certain individuals are affected by Dupuytren’s disease is still not known. However, some groups of people who appear to be at greater risk of developing the condition include those who:

Although curvature of the fingers or thumbs is the most obvious characteristic of Dupuytren’s disease, there are some other symptoms that may indicate its presence. These include:

Many cases of Dupuytren’s disease are mild, and do not require therapeutic intervention. However, Dr. Raskin may recommend treatment if your condition is affecting the normal function of your hand.

You will likely be recommended to try non-surgical therapies first. These include a course of radiation therapies, and injections into the hand with a medication called collagenase. Collagenase contains special proteins that break up the collagen fibers in the cord, weakening and relaxing it so that the digits can be straightened.

There are also different techniques used to reduce the contractor of the fingers associated with Dupuytren’s disease.

The best treatments for you will depend on the severity of your condition, along with other health variables.

Needle Aponeurotomy, sometime referred to as a percutaneous needle fasciotomy, is a procedure that straightens bent fingers caused by Dupuytren’s disease. During the treatment, the hand is cleaned, then injected with an anesthetic to numb the affected area.

Once the area is numb, a needle is inserted into the hardened tissue that is causing the finger to pull forward. As the needle creates holes in the tissue, we will straighten your fingers out, releasing the fingers from the tissue that is creating the pull. Oftentimes, this is accompanied with a steroid injection to reduce swelling.

During recovery, a splint must be worn intermittently. Soreness can be controlled with OTP pain-control medications, and swelling can be minimized by keeping the hand elevated.

To find out more about Dupuytren’s disease, NYC patients can contact the office of Keith Raskin, MD, for a consultation. Dr. Raskin, a professional and experienced hand surgeon, would be delighted to assist you. Call our office today at 212-889-8600 and learn more.

Monday – Friday: 9:00AM – 5:00PM
To ensure a productive and efficient office visit, please bring any test results or applicable information with you, such as MRI scans/images, nerve conduction studies, or previous operative reports. Pleae be sure to bring with you both the reports and images.